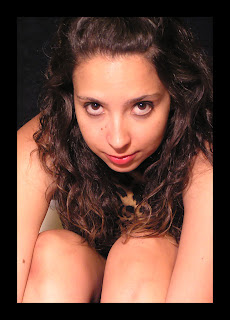 Bless me readers, for I have sinned.

It has been a week since my last post.

I've been working, playing, playing some more, getting seriously sleep-deprived, wandering around the House of Oracles in a state of semi-wakefulness, and marveling at the wondrous sensation of walking underneath a giant wooden dragon spine. Beautiful!

Went to the island for a day and a bit to help out with a giant wine party my parents were throwing. It went off without a hitch, mainly because my brother and I worked flat-out preparing and serving food and wine and cleaning up for four hours afterwards so my mom wouldn't have to be on her feet the whole time. I've discovered that doing dishes is much more bearable when dancing your tail off to AC/DC's If You Want Blood.

I came home the next day to go to the Queer Film Fest, which so far has been fascinating, though emotionally difficult.

I made the utterly intellectual decision to go see Love Sick, one of the first-ever Romanian queer films, and while it was an absolutely brilliant piece of filmmaking, it left me with the palpable desire to put a gun to my head. No one should compare homosexuality to incest, ever, and they should especially not spend an entire film doing it. It was hard to take. That said, the subject matter was a little more understandable given the situation for queer people in Eastern Europe. Someone has to talk about the hard stuff, and it may as well be the dust-battered, Communism-recovering Romanians.

I also saw Boy I Am last night, which is a documentary following the lives of several FTM (Female-to-Male) transgendered people. For me it confirmed what I already knew and feel deeply -- that transgendered people deserve to be treated with the same love and respect and given the same opportunities as any other person, and additionally that they deserve to be included in queer culture, be it gay, lesbian, bi, or trans. My aunt, who saw it with me, had a somewhat different perspective, since she comes from an era where women's only spaces were gaining importance and significance for her community. I didn't have the benefit of that outlook, but it was fascinating to hear her experience as she walked me to the bus stop.

Expect a few more super-informal film reviews and a few more photos in the days to come. Dag has finally sent me some more shots from our photo shoot, so I'll post a couple more as she continues to send them.

I hope some of you at least are living in places where August does not consist of rain, chill cold winds, and constantly wrapping oneself in hoodies. Jeez. Don't we get enough of that shit the rest of the year? Ah well, at least it means I can sit through seven more films with the knowledge that I'm not missing out on any amazing sunshine.