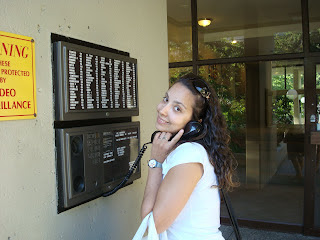 I've been occupied, off and on, with the following brushes with greatness:

1) Subbing -- Oh boy oh boy do I love subbing. Coming in to a new class every so often, hanging out for a while, doing some fun teaching, meeting some new studentlings, and then moving on to the next satisfies my cravings for The New, challenges my ability to adapt, and forces me out of my Creature-of-Habit patterns and onto new ground. Plus I don't have to work every day and if I want to spend all day curled up with TG and eating breakfast late at 3:00 in the afternoon and browsing bookstores, I bloody well can.

2) TG -- Oh That Girl is a wonder. I can't say much about her, and not because there isn't much to say, because I could go on for hours, but because I want to keep her private. Just some little tidbits, from my head to you.

...She is becoming so very special to me, because I have not felt this connected to anyone or this blissfully relaxed in years.

...She satisfies so many of my mental - intellectual - physical - emotional cravings that I can scarcely believe she's real.

...She supports me in continuing to live a full and rich life so that I can keep being me in every possible way. She wants me to see my friends, and my family, and be active and busy and social.

...She genuinely likes and wants the Real Me.

...She's become something of a muse, and miraculously I am finally writing again for the first time in months. I even signed up for a writing workshop that starts next month.

...It's nice to feel for the first time in my life that I'm with someone who not only tolerates my interests, but fully supports me in all my endeavors. I don't know if she realizes how grateful I am for that.

3) Pals -- My pal Kasey is finally back from Burning Man, and what I had hoped would happen to her there has actually happened -- she seems to have opened up and realized that other people need her to care about them and support them. She may become a real friend again rather than just a girl I might from time to time want to party with.

4) Famdamily -- My mom and dad are so lovely. They invited TG for Thanksgiving on the island, and best of all, she's coming. I feel so lucky to have them.

5) Class -- Taking my ESL certification on the weekends has turned out to be quite painless and really enjoyable. I like the teacher a lot, and he used to work at my school so we have loads to talk about in the rare times we're not in class. It's an intense, three weekend, Saturday and Sunday, 9-6 class, but some days I really don't even notice the time going by. It's good to be learning new things, and to have the things I'm already doing in my classes confirmed as being smart and not just smrt.

6) MUSIC -- M.I.A.'s newest is SPECTACULAR. Kala is such a brilliant melding of world beats, political lyricism, unique sounds, seamless sampling, and absolute in-your-face joyful worldliness. She's coming to the Vancity in November and TG scored tickets to surprise me before I even knew they had announced her concert dates. I am so so excited about that. I'm also digging:

-Rilo Kiley's Under The Blacklight. Moneymaker's such a spectacularly unexpected little tune.

-The White Stripes Icky Thump. Their weirdest and most brilliant to date. By far.

-Bright Eyes - I'm Wide Awake, It's Morning. One of TG's faves. Landlocked Blues is sometimes so close to home it just about brings me to tears.

-Amy Winehouse's Back to Black -- Say what you will about the other drug addicts in Hollywood. What makes Miss Amy so different is that she's got talent in spades, and she follows a fine tradition of self-destructive jazz singers to which I think she rightly belongs, both in talent and in tragedy. I'm hopelessly in love with her and genuinely hoping she can save herself. Poor skinny little lost girl. I just want to wrap her up, feed her ice cream, get her a good divorce lawyer, and make her into a clean and sober little lesbian.

I'd better run. But thought I'd give you all a quick update just to tell you I'm feeling fantastic, still kicking, and am oh so ALIVE.